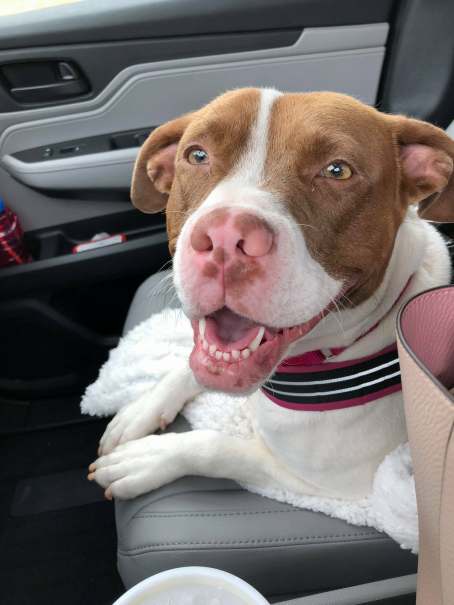 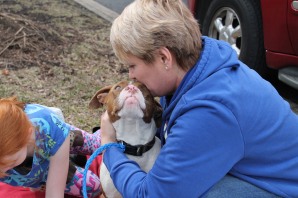 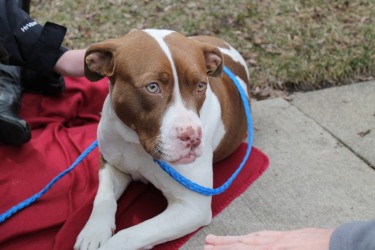 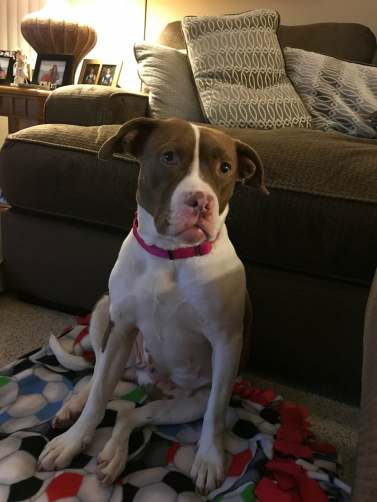 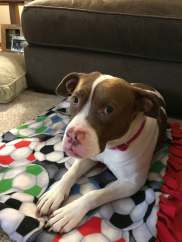 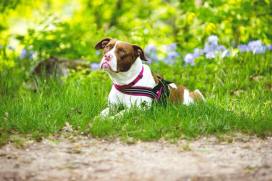 Ivy came to us from Cairo, Il after she had been shot in the hind leg and beaten over the head with a beer bottle.  She was frightened, yet she allowed the vets to handle and help her with her wounds.

As is often the case, Ivy’s emotional wounds are taking a bit longer to heal.  Ivy was very leery of males and who can blame her as it was two males who harmed her.  She has moved past it in most cases when she is given time to grow comfortable and trust.

She is still having issues relating to dogs when on lead.  This might be an effect of her never having been on a lead and feeling she can’t flee an uncomfortable situation when encountering a dog.

She was seen running the streets in Cairo with other dogs, unleashed of course.

Good Samaritans followed Ivy for three months in an attempt to get her to trust them and come in from the streets. She has been living in an abandoned building with 8 newborn pups and based on their bellies being full, she had been feeding them.  Ivy’s nipples showed signs of having given birth, but no puppies were discovered.

We had rescued the pups and when Ivy was so cruelly harmed and captured, we had to have her join the rescue.  Fantastic transporters drove her north to Springfield, where we met her to bring her home.

Dogs: Not at this time.

Use Discount Code: Power of 3 for 50% off your purchase

K9 Enrichment Initiative, Inc. is a federal tax exempt not for profit corporation registered with the State of Illinois. Donations are tax deductible in accordance with tax law. Federal ID# 81-2234931