Marcus is HOME.  Finally after over a year plus, he found his people.  A past adopter agreed to foster him while his foster Mom, me, handled a special needs dog (Otto) for the rescue.  Two months later and they decided he was meant to be part of their family.

The two litters of puppies would be set up next to each other in separate x-pens at store adoption events.  They knew each other through the x-pen and when Kodi’s 4 littermates were all adopted, he would hang with Marcus and his mates.

The two of them are peas in a pod.  Kodi is calm and understanding, while Marcus can be a hot mess and in need of reassurance.  He found that in confidence in Kodi.

People within the rescue would say “you should just adopt Marcus, he thinks his your dog at this point”.  I would assure them that I would find Marcus a family to call his very own without having to compete with 5 other dogs for time & affection.

Marcus worked and worked to overcome fears from his time in his first adoptive home, there were times I would get so angry at him, for example when he urinated all over my legs when all I wanted to do is put his collar on his neck.

Marcus overcame his fears, he took cue’s from me better than my own personal dogs, he never left my side unless he was cued to do so and he would return immediately on recall.

I loved every moment with Marcus from having to syringe feed him as a newborn to watching him grow, to crying at him returning so under-socialized & fearful, to being very proud of how he ran through his cues showing off at events.  I especially loved the way Marcus smiled when he would lay down on the sofa next to me and acknowledge that he knew I loved him.

Now he has a Mom who adores everything about him from his hugs, kisses, smiles, and loyalty to his people.

Enjoy life to the fullest Marcus you are so very loved by those who “get you”. 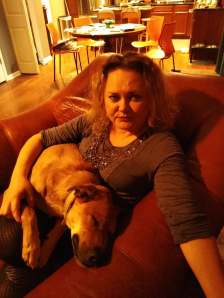 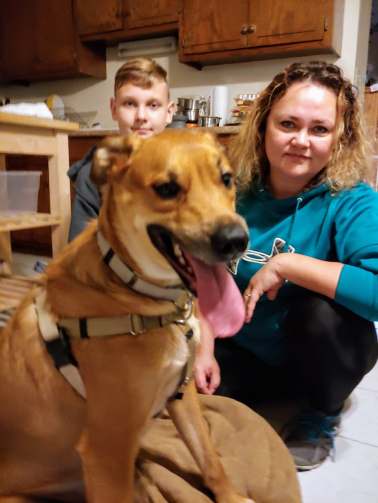 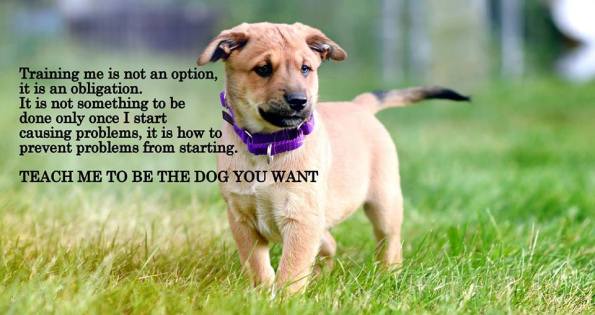 Update: April 29th
When we told Marcus he would be going to the Morton Arboretum for the Tails on Trails event, this May 5th, he couldn’t contain his excitement. Marcus enjoys meeting new people, big & small and as for dogs, he loves them all.

FYI if you are looking for a furry companion for your family, Marcus is house trained, he sits, lays down, comes, goes to his kennel, waits to be told to eat his food, knows the difference between off and down.

Here’s hoping he meets his forever family on the trails.

Update: April 18
Marcus is really coming out of his shell these days, playing with toys and asking for pets & cuddles. He did amazing playing & interacting with a 3-month-old puppy. In fact, Marcus now has the run of the home interacting with dogs 2 to 9 years old. He loves to be in the mix and is asking for attention.

We couldn’t be more proud of him and all his hard work is paying off for him.

Marcus would be a wonderful family member with children and other dogs. His confidence is growing to match his sheer intelligence when it comes to problem-solving. Marcus has mastered opening the child gates in the home. He will keep you on your toes. Marcus has begun to learn the basics of the sport Canine Nose Work and really enjoys it and excels at it.

Marcus has now been in his foster home for a month and he has proven to be a very intelligent dog. He loves playing with other dogs and his confidence continues to build.

Marcus is afraid of toys, a simple rolling ball feeder causes him to cower, he ran from the room when a Kong wobbler was placed on the floor. New items need to be introduced to him slowly and with lots of praise and rewards.

Marcus has been seen by a Behavior Consultant and evaluated to be a “shy dog” who didn’t get enough “socialization and environmental stimulus” during his developmental months 4 to 8.

Marcus attended his first meet at a store since returning to the rescue and was a huge hit with shoppers. His stunning good looks and gentle eyes win people over, still, no fosters or adopters.

Marcus comes when called, knows sit, down, stay and runs to his kennel upon hearing “kennel up”. Marcus goes to the back door when he needs to take a potty break. He sleeps through the night in his crate.

Marcus is looking for a family with patience. In testing him during the evaluation we tried various things to find a trigger for him rolling over and urinating on himself.

Finally after banging pans, slamming doors, running the vacuum, dropping objects onto the table, floor, loud music, ect, ect. we discovered that raising your voice and yelling at him will cause the submissive urinating on himself. Or if two people raise their voices in yelling in an argument, he will cower, rollover and urinate. His foster family avoids yelling and chastising him leaving him a happy go lucky dog.

Original Post:
Marcus Aurelius came to the rescue at 2 days old with his Mom and 9 littermates. He is now 9 months old and looking for a new home as he is returning to the rescue.

Marcus will be going into an experienced foster home with one of his littermates who is an adoptee. Our goal for Marcus over the next month is to rebuild his confidence through being in the home with his brother, plus another confident dog in addition to private training sessions.

We are waiting to retake custody of Marcus to post updated photographs.

Marcus will be looking for a new family who is willing to work with him to continue his development into a happy dog. He would like a home where his people are home a great deal of the time, so he doesn’t become lonely and unsure.

If you feel you are that special person/family who can commit to being there for Marcus through thick and thin forever, please consider applying today and together we can help Marcus rediscover his true self.

Make A Difference in the lives of dogs and the people who love them-Donate Today!

REHOMING YOUR PET SAFELY: Rescues and Shelters Ask You to Responsibly Re-Home Your Pet if Necessary

K9 Enrichment Initiative, Inc. is a federal tax exempt not for profit corporation registered with the State of Illinois. Donations are tax deductible in accordance with tax law. Federal ID# 81-2234931